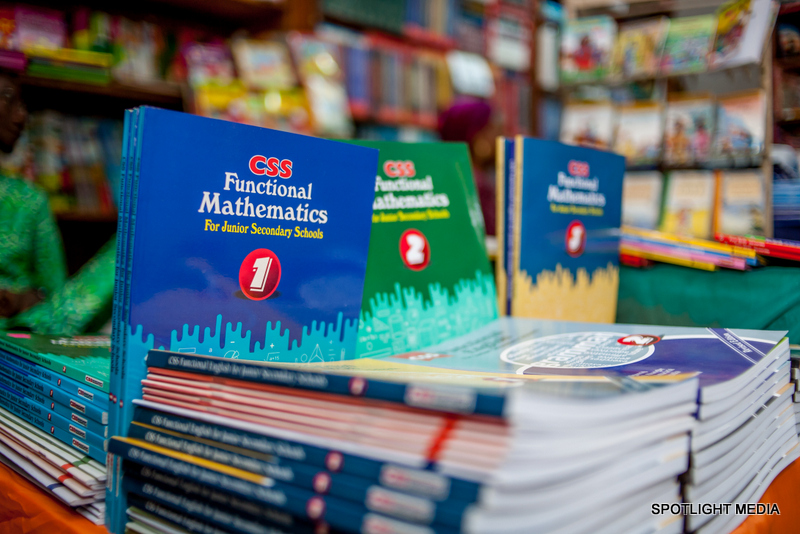 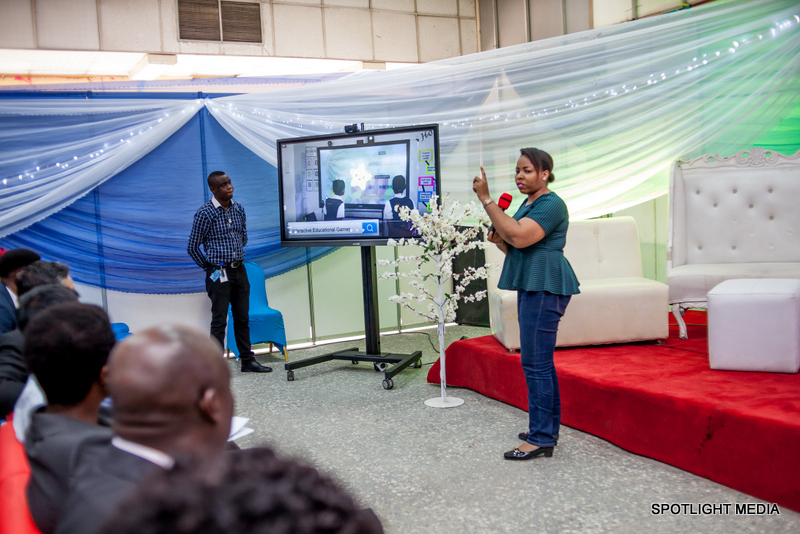 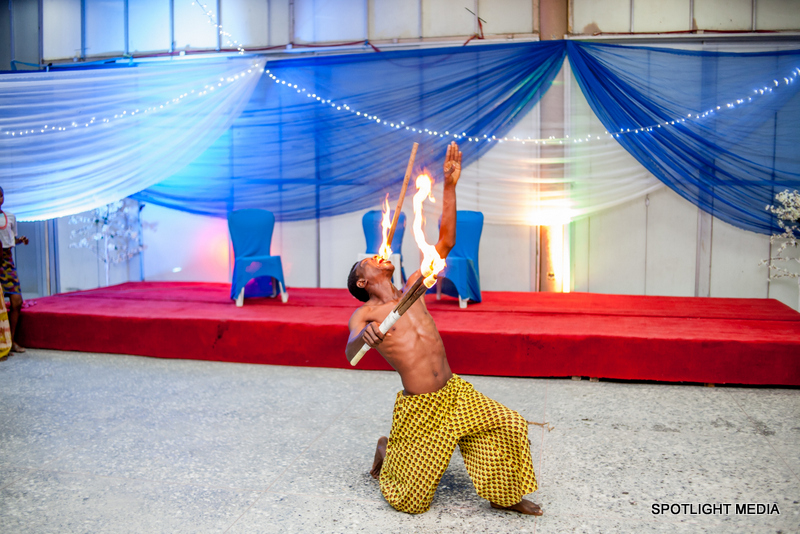 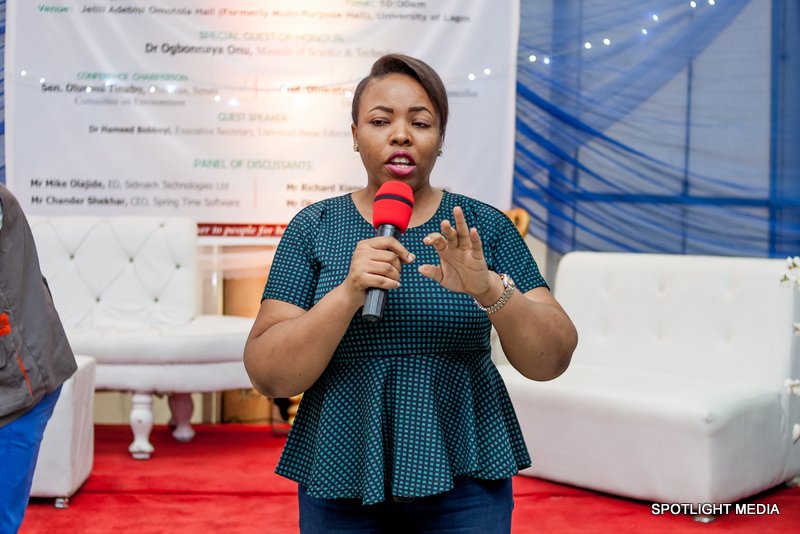 The vision of the Nigeria Book Fair Trust is to enhance literacy in Nigeria and add value to the Nigerian book and knowledge industry. 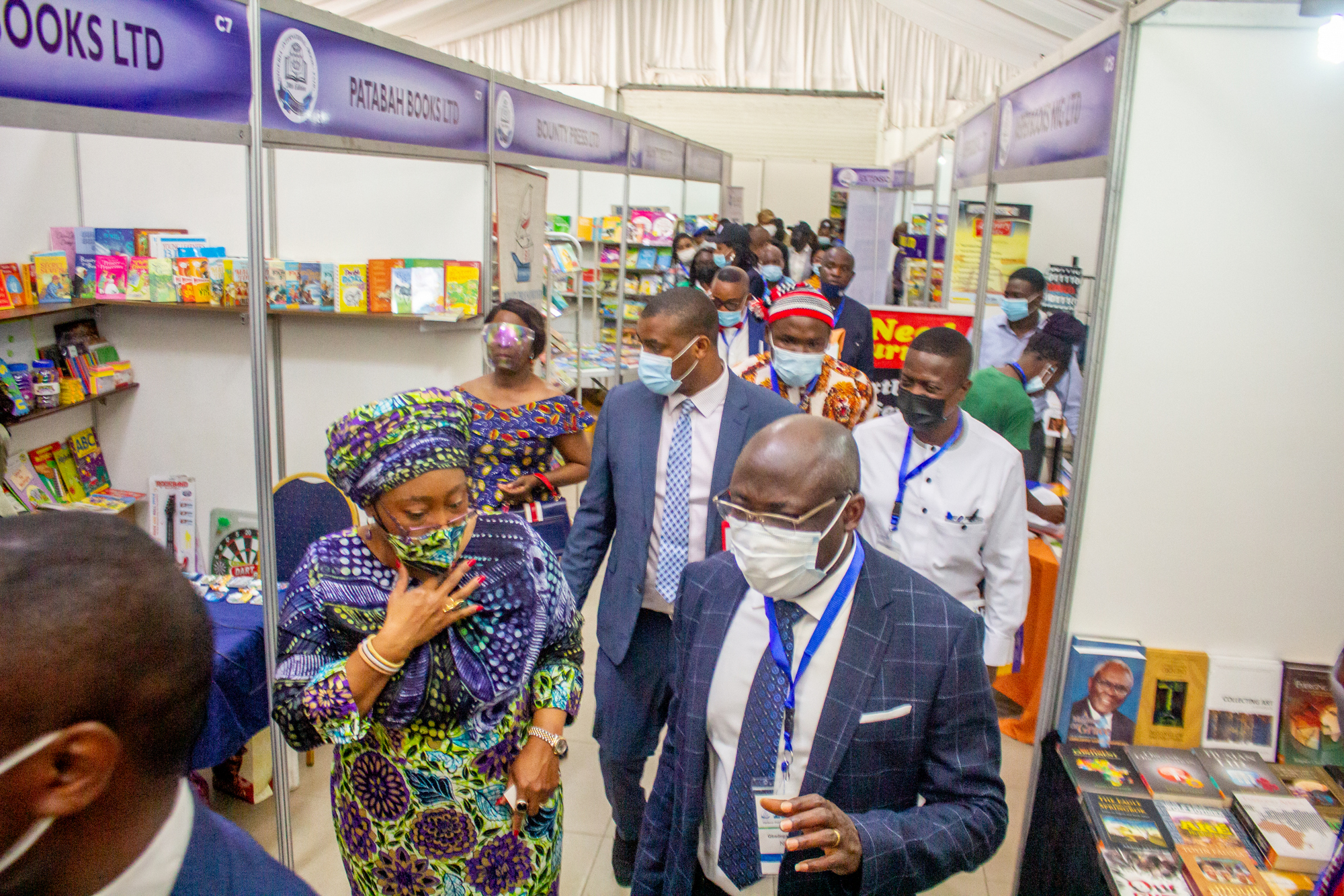 Nigeria Book Fair Trust is on a mission to:

• Plan and execute educational and cognitive programmes that will promote reading culture in Nigeria.
• Create viable platforms that will promote the book and knowledge industry stakeholders, as well as add value to their vocations.
• Collaborate with government, corporate organisations, and non-governmental organisations to make Nigeria a more literate nation.
• Advocate for stakeholders in the book industry.

The vision of the Nigeria Book Fair Trust is to enhance literacy in Nigeria and add value to the Nigerian book and knowledge industry.

The core values of the Nigeria Book Fair Trust are:

• We believe in treating customers with dignity and faith.
• We grow through creativity, innovation, and value creation.
• We integrate honesty, integrity, and ethics into all aspects of our business activities.

Nigerian Book Fair Trust is committed to the achievement of these objectives:

• Enhancement of the reading culture in Nigeria by collaborating with government agencies, corporate, and non-governmental organisations.
• Contributing to the promotion of readership and authorship skills for a wholesome book society.
• Reiterating in the minds of Nigerians, the place of books and other instructional materials in the area of educational advancement in the country.
• Promoting a conducive environment to ensure authors get their works published by either local or foreign publishers.
• Establishing an active book market with economic potentials for social development using Book Fairs as a platform.
• Showcasing Nigerian books in their entirety, as well as presenting books from other countries, thus increasing the variety of books available to the Nigerian reading public at affordable rates.
• Standing as an advocate of the stakeholders in the Nigerian book industry.

MY NIGERIA AND HER BORDER COUNTRIES.

Located in West Africa, the Federal Republic of Nigeria is surrounded by the Gulf of Guinea on the South, Chad and Cameroon on the East, the Republic of Benin on the West and Niger by the Northern border.

• The Capital of Nigeria

• The Largest City in Nigeria

Covering an area of 999.6 square kilometres, Lagos is the largest city in Nigeria and with an estimated population of 7,937,932, it is referred to as the third most populated city in Africa. Lagos State is currently the second fastest-growing city in Africa and was previously the capital of Nigeria, however, it remains the economic and financial capital of the country.

Nigeria covers a total area of 923,768 square kilometres. As of 2013, the country had an estimated population of 174.5 million and is the seventh most populated country in the world.

Nigeria’s location in the tropics has given her a tropical climate; temperatures in Nigeria vary according to the seasons of the year and are mainly classified as rainy or dry seasons.

Nigeria is a country with rich ethnic diversity and is made up of over 250 ethnic groups. The three largest ethnic groups in Nigeria are Hausa, Igbo, and Yoruba. The other major tribes in the country include Edo, Ijaw, Kanuri, Ibibio, Ebira, Fulani, Itsekiri, Urhobo-Isoko, Nupe, and Tiv. Furthermore, it might interest you to know that there are minority groups of British, American, East Indian, Chinese, white Zimbabwean, Japanese, Greek, Syrian, and Lebanese immigrants in Nigeria.

Nigeria practices a presidential system of government with the Executive, Legislative, and Judiciary as her Arms of Government. The current political leaders in Nigeria include:

The official currency of Nigeria is the Naira which was introduced in the country on January 1, 1973, by the Central Bank of Nigeria.

English is the official language of Nigeria and it is extensively used for official purposes including education, business transactions, and other activities. Despite being the official first language, English is not spoken at all in some rural areas where indigenous languages like Yoruba, Hausa, and Igbo are spoken by the majority.

Another popular language in Nigeria is what is popularly referred to as ‘Nigerian Pidgin English’, ‘Pidgin’, or Broken English.

Nigeria is a multi-religious country with about fifty per cent of her population practising Islam while the other half adhere to either Christianity or other religions. Some minority religions in the country include but are not limited to Hinduism, Judaism, the Baha’i Faith, and Chrislam (a syncretic faith that contains elements of Christianity and Islam).

Nigeria has the biggest economy in Africa with $509.9 billion in GDP for 2013. It is classified as an emerging market owing to its rich reserves of natural resources, and well-developed financial and communications sectors. The transportation sector and stock exchange of the country contribute to the nation’s finances. Petroleum is a major product playing a significant role in the economy of the country; we are the thirteenth-largest producer of petroleum in the world and the Nigerian Stock Exchange is the second-largest in Africa.

Manufactured products like leather, textiles, t-shirts, plastics and processed food help in enhancing Nigeria’s economy. Agriculture is another important aspect of our economy as it provides jobs to almost sixty per cent of Nigerians. Major agricultural products produced in Nigeria include cocoa, sugar cane, yams, maize, palm oil, groundnuts, coconuts, citrus fruits, pearl millet, cassava, and more. However, sectors like health care, education, and the general condition of living in Nigeria are poor, and these pose a serious threat to the growth of the country.

The national day in Nigeria is celebrated on October 1 yearly. The day is celebrated to commemorate the independence of Nigeria from the British rule on this day in 1960. The country was also declared a Republic on October 1, 1963.

The impacts made and milestones achieved by the Nigeria Book Fair Trust in the book industry are very remarkable and noteworthy.

• Book Exhibition – Over the years, the Trust has organized 18 International Book Fairs in Nigeria and several other Regional Book Fairs in Abuja, Enugu, and, Ibadan where books and instructional materials are made available to knowledge seekers at affordable prices.
• Bringing Pride to Nigeria – Through the annual Nigeria International Book Fair, Nigeria is recognized for hosting the most consistent international Book Fair in Africa.
• Development of the Book Industry – The Nigeria book industry is currently experiencing peace and steady growth due to our ability to co-ordinate a significant number of stakeholders in the industry.
• Promotion of Nigeria’s Arts and Culture – Through our activities involving participants from other countries, like the NIBF, Nigeria Book Fair Trust has contributed to the advancement of Nigeria’s arts and culture.
• Promotion of Literacy – This is achieved through our events where we make books and instructional materials available to Nigerians at impressive prices; in the long run, the reading culture is improved.
• Recognition of Outstanding Service – We present awards to recognize outstanding services and contributions of individuals in the book industry. Many contributors in the industry have received these awards.
• Fueling of Government’s Interest in Literacy Promotion –As an organisation, our activities have been fueling the interest of the tiers of government in Nigeria towards the promotion of literacy.

Here is to promoting and improving the reading culture among Nigerians and Africans as a whole. The Nigeria Book Fair Trust has deemed it necessary to bring together all players in the creation of print, audio, and digital books across the country at her annual Nigeria International Book Fair. This year’s theme is ‘Enhancing Reading Culture for A Better Societal Development; The Role Of ICT & Stakeholders’. A well-packaged event where all literary materials are made accessible and affordable to information seekers and book lovers; today, the NIBF is known to be the most attended and consistent book event in Africa.

Being the second-largest international Book Fair in Africa and the only international Book Fair in Nigeria, it attracts a lot of attention and attendance from those who agree with us that learning and knowledge acquisition is an integral part of the development and growth of a nation and its people. All exhibitors, publishers, authors, illustrators, booksellers, readers, and other industry stakeholders gather at NIBF to display and sell books at impressive prices in the second week of May yearly.

We look forward to you joining us at the 19th Nigeria International Book Fair (NIBF) 2020, scheduled to hold from Monday, 11th to Friday, 15th May 2020 at Jelili Adebisi Omotola Hall (formerly referred to as Multi-purpose Hall), University of Lagos, Akoka, Lagos State. Get ready to access the Nigerian book market and be a part of intellectual panelist discussions with industry leaders.

Incorporated in 2002, the Nigeria Book Fair Trust is an accredited member of the Conference of International Book Fair Directors and a non-governmental organization that strives to promote book trade and improve reading culture among Nigerians. The organisation of events, exhibitions, workshops, seminars, training, meetings, panelist discussions, and other educative programs help us achieve our goals. Endorsed by the Federal Government of Nigeria, Education Trust Fund (ETF), and the Nigerian Educational Research and Development Council (NERDC), we stand as the umbrella body for major stakeholders in the Nigeria book sector. Nigeria Book Fair Trust is the organiser of the annual Nigeria International Book Fair and the Regional Book Fairs in Abuja, Enugu, and Ibadan; both events are committed to increasing the accessibility and affordability of books and other literary materials across Nigeria.

NIBF 2020 is scheduled to hold at Jelili Adebisi Omotola Hall, University of Lagos. The venue is centrally located on the Mainland of Lagos State and is just about 20-minutes drive from Murtala Muhammed International Airport, Lagos State. We can’t wait to receive you.

Are you with us? Get tickets